The impact of Coronavirus on job posting and applications

As we enter week four of lockdown in the UK, it is undeniable what impact the Coronavirus is having on people, businesses and the economy. With social distancing measures in place, people working from home and shops and restaurants closed across the country, the recruitment industry has been seeing the effects with recruiters and jobseekers reacting to the crisis.

We explored how the recruitment industry has been impacted, we now look into the data from WaveTrackR for the past few months to get insight into what this means.

WaveTrackR data for March shows that jobs and applications were up at the beginning of the month. With +36% above the current year average (up to March), the market was seeing a familiar trend for this time of the year, as observed previously on our Annual Report, with jobs flooding the market. Applications were also slightly above average, with a steady trend.

On week two of March we can start seeing the first signs of a job decrease, but still +15% above the current year average, and as the first advice for social distancing is being rolled out across the UK. Jobseeker behaviour seems unaffected at this point.

It’s as we enter week three, coinciding with tougher social distancing measures being rolled out, that we start seeing a bigger impact. Jobs posted decreased to -32%, followed by -47% and -73% on the weeks after. Applications start with a -8% decrease, followed by -21% on the week after. The first week of April, however, registers an increase in applications, bringing the value back up to -12%, and showing signs of a candidate market, possibly influenced by redundancies and recruitment drives across key industries.

March marks the end of Q4 and, as observed in previous years, a good quarter for jobseeker activity. We looked at the data for this past quarter and compared with the same period for 2019. Where January started slightly lower than 2019 for jobs posted, applications were neck and neck.

As we enter February, we registered a significant increase, with +39% in jobs but also a significant decrease in applications, marking -45% when compared with February of 2019. March, as observed in the previous graph, ends up balancing itself for number the of jobs posted, with only -3%, but applications register yet another trough with -35% compared to March 2019.

We also investigated the top industries for applications in WaveTrackR and how they compare with quarter four of 2019.

Across the board, nine out of the ten top industries registered a decrease in the number of applications in quarter four of 2020, when compared with the same period of 2019. ‘Engineering and Utilities’ registered the biggest decrease, with -79%, followed by ‘IT & Internet’, ‘Secretarial, PAs and Administration’ and ‘Health and Nursing’, all with over -60%. The ‘Sales’ industry registers the smallest decrease with -2% and ‘Construction’ is the only industry in the top ten with an increase in the number of applications, with +5%.

We’ve never experienced a worldwide impact such as this during peacetime, so it’s quite difficult to predict what will happen next. A drop in GDP decline is widely predicted some say by up to 15% compared to 2008, where there was a drop of 6%.  A brief look back at the 2008 recession shows that unemployment jumped from 5% to nearly 8% during 2009, and the number of jobs available fell from circa 700k to 430k.  Without being an economist, we can probably expect a fairly brutal ride over the next few years.

With that said, although it took 5 years to fully recover from 2008, according to the ONS, the economy pre corona was 11% bigger than before the last recession. What we don’t know is the speed of recovery this time around, however, the theory is that we will come back stronger, and where there is a will there’s a way!

We’ve been releasing daily data updates on the effect of the Coronavirus on the recruitment industry on WaveTrackR’s LinkedIn page.

Share this article:
TagsCoronavirusCOVID-19DataJob ApplicationsJob Posting
PreviousPrevious post:How data can make you a better recruiter
NextNext post:How Coronavirus has changed the state of the jobs market 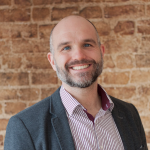