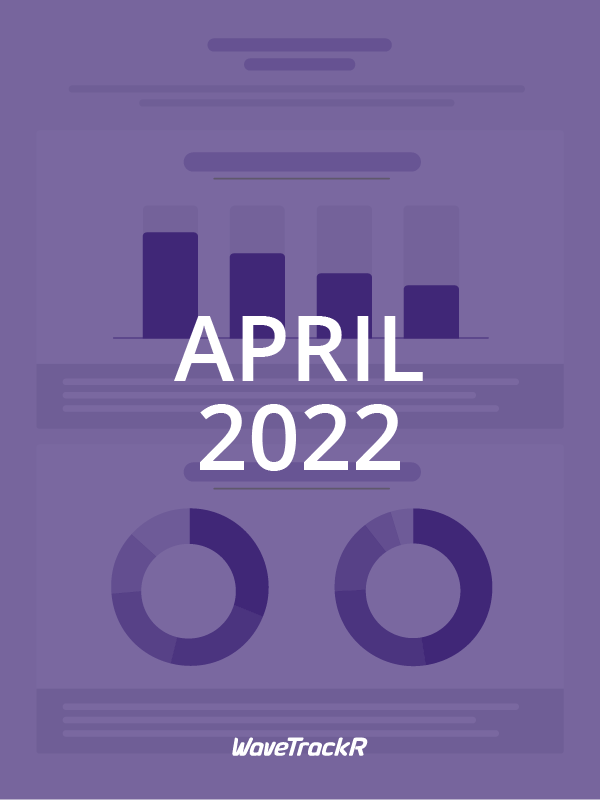 April has seen drops in both jobs and applications – a marked contrast to March which experienced a boost to job and candidate activity. Could continuing price hikes across a number of areas be starting to impact the jobs market as businesses begin to act with caution?

In contrast to March’s boosted jobs and applications, April has seen drops in both areas. In a sign that rising costs, soaring energy prices and the uncertainty surrounding the war in Ukraine are beginning to impact the jobs market, jobs dropped by 22% from March numbers and applications fell by 18%. The average application per job rose from 11 in March to 12 in April.

Most jobs were posted on a Tuesday for the second consecutive month, with the majority of applications also made on a Tuesday – proof that candidates respond within a day to job ads if they are actively searching. Posting your jobs at the beginning of the week is therefore a smart move in order to grab the attention of talented candidates when they are looking.

IT & Internet goes from strength to strength, yet again posting the highest number of jobs, whilst Manufacturing received the largest number of applications for the second consecutive month.

Looking at the graph gives a real feel for how far jobs have dropped from the levels seen over recent months. At just 4% above the 2021 monthly average, jobs are the lowest they’ve been since July 2021. Applications, too, have dropped. At 14% above the 2021 average they are at the lowest levels seen in 2022 to date and, bar a phenomenal drop in the traditionally slow month of December, haven’t been lower since September 2021. So what’s happened?

The rapidly rising cost of everything from materials, to fuel, to energy, to fertiliser, to food, are quickly beginning to affect businesses – not to the extent of that during the worst of the pandemic but enough to put on the brakes, be cautious and scale back hiring. Add to that further supply chain issues resulting from both the war in Ukraine and the multiple city-wide lockdowns in China, plus the general uncertainty that surrounds any war, and it is understandable that organisations may be taking a ‘wait and see’ approach.

Industries with most jobs and applications in April 2022

There is little change to the industries posting the most jobs and those receiving the most applications. The top 5 in each are the same as in March, only with different percentage shares. IT & Internet still tops the jobs charts though, as does Manufacturing with applications. Public Sector and Health & Nursing are yet again posting high levels of jobs but receiving low numbers of applications and the reverse is again true for Secretarial, PAs & Admin and Engineering & Utilities.

Average application per job by industry in April 2022

Secretarial, PAs & Admin again received the highest average number of applications per job, though that number has dropped from 23 in March to 19 in April. New to ‘highest’ board is Transport & Logistics, a great sign that the industry is recovering from months of candidate shortages. Manufacturing also experienced relatively high average numbers of applications per job.

Average application per job board in April 2022

The continuing high levels of applications being received in the Secretarial, PAs & Admin sector is reflected in Secs in the City being the job board with the highest average application per job figures – and also a reminder that niche boards can work spectacularly well for some industries. Tech-focused job board Jobserve received high average numbers again, at 10 equalling Jobsite + Totaljobs. Caterer followed with 7 and CV-Library and Reed both received an average of 5 applications per job. Interestingly, only Secs in the City (13) received a higher average than the overall average of 12.