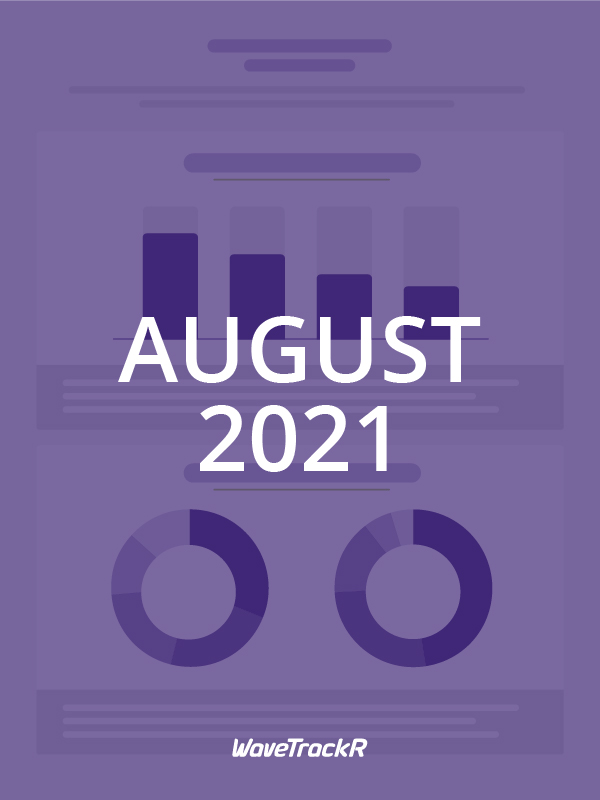 The WaveTrackR August Report has shown that jobs continue to soar well above the 2020 monthly average, whilst applications have dropped for the third consecutive month.

Jobs continued to rise in August, increasing by 27% from July. A substantial leap compared to the June to July increase.

Meanwhile, applications decreased for the third consecutive month, this time by 9%.

The average application per job fell for the seventh consecutive month, with an average of just 7 applications per job in August.

Positively, recruiters were posting the highest percentage of jobs on Tuesdays. The same day that candidates sent the greatest number of applications. Posting jobs when candidates are actively searching is one way to help boost applications in a candidate-short market.

Jobs have rocketed yet again, from 254% above the monthly average in July to 327% above that average in August. It is a trajectory that keeps shooting skywards.

We’re seeing the opposite effect when it comes to applications, which again dropped. In August applications fell to 87% below the 2020 monthly average, compared to 95% above that average in July.

As the economy continues to re-open and improve, with UK business confidence hitting a four year high according to the Lloyds Bank Business Barometer for August, hiring has been vastly accelerated.

Great news for the economy but as candidate availability drops, recruiters are needing to get creative.

Looking at the weekly data, it is clear that jobs spiked at the very beginning of the month and then gradually fell as the month progressed. So we may be seeing a plateauing effect when it comes to hiring over the next few months.

Applications peaked mid-month but ended August at a similar figure to the start of the month.

Industries with most jobs and applications in August 2021

Public Sector shot to the top of the job posting charts in August, being responsible for 21% of all jobs posted across the month.

Health & Nursing posted a high number of jobs but without receiving a similarly high amount of applications, indicating there remains a skills shortage in the sector.

Manufacturing yet again received a high volume of applications but without the jobs to support them.

Average application per job by industry in August 2021

At an average of 82 applications per job compared to the all-industry average of just 7, and 12 higher than last month, Insurance continues to be an over-subscribed industry for candidates.

All other industries attracting a high number of applications per job in July (bar Finance) have fallen away this month.

Health & Nursing is yet again experiencing low average numbers of applications per job. As is Social Services (another industry to suffer from a history of skills shortages intensified by the pandemic and Brexit), Senior Appointments, Public Sector and Catering & Hospitality (an industry we have written much about as it struggles to recruit enough talent).