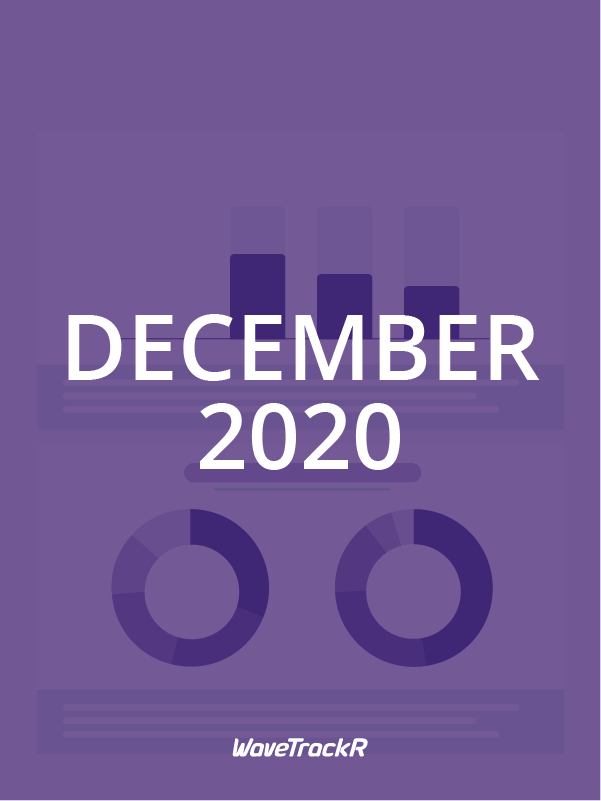 In the weekly graph, we can see the rollercoaster ride that both applications and jobs have experienced in December.

Applications started the month at 79% above the January-March average (a 20% increase from the previous week) before a gradual and then a fairly sharp drop to 28% above that average by the penultimate week of the month. As December came to an end and the first few days of the new year played out, applications had risen once more to 54% above the January-March 2020 average – a good sign that job seekers are returning to activity as 2021 begins.

Given those final two weeks are spread over the Christmas holidays when many businesses at least partially close that is not surprising and jobs will likely increase as January progresses.

Even as the year was closing, jobs and applications still registered some of the best values of 2020. Jobs were only 1% under the highest they had been all year (27% above the January-March average) which would be noteworthy in any year considering job postings tend to dwindle as the year draws to a close.

Applications dipped by over 20% but that is not unusual as thoughts turn to Christmas and the prevailing mood amongst jobseekers is to start afresh in the new year. And given the extremely challenging year, many candidates have had, it is not surprising that they took a break to re-examine their strategy and recalibrate, ready to start again in January.

The new year has brought with it a startling increase in Covid cases and the tightening of restrictions across the whole of the UK but also a fresh wave of hope as the Oxford vaccination was approved and rollout of both vaccines are beginning in earnest. And hope is potent in the jobs market.

Most Popular Industries in December

Public Sector and Health & Nursing shot up to claim first and second place as the industries that posted the highest number of jobs in December.

The fact that those industries don’t feature in the most popular for applications makes it starkly apparent that there is a skills shortage in those sectors. Both will be stretched due to the pandemic and are clearly not getting the candidates they need.

The top three industries when it came to job posts in November (Education, IT & Internet and Property) are still within the top five in December as well as in the top five for applications, suggesting demand continues to be met in these sectors. However, what also remains unchanged from November to December is the high number of applications being received in the  Recruitment Sales and Engineering industries without the jobs to match demand.