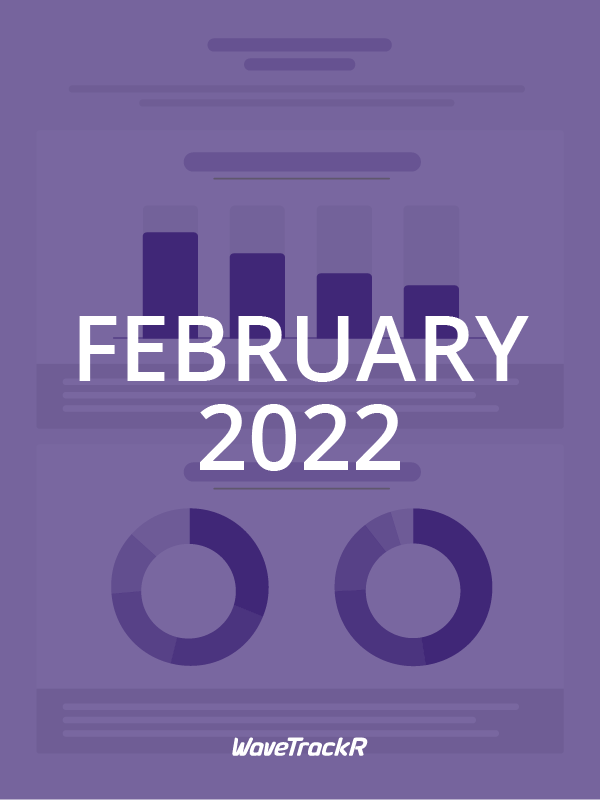 The fall in jobs has at least contributed to a rise in the average number of applications per job, from 9 to 11.

Yet again we are seeing the majority of candidates applying for jobs on Mondays and Tuesdays, yet the highest percentage of jobs posted on Thursdays and Fridays.

Jobs are at their lowest levels since July 2021, suggesting that the boom that characterised the latter half of 2021 is finally abating. Meanwhile, applications are down from January but higher than any month in 2021. So we have decreasing jobs and applications that remain higher than at any time in 2021. Could the labour shortage be easing?

Industries with most jobs and applications in February 2022

The industries with most jobs and applications in February have barely changed from January.

The top 5 for each are unchanged, only the percentage share has altered slightly.

Manufacturing has again risen for applications, its 2% rise making it the industry with the most applications in February.

Health & Nursing and Public Sector continue to post a high number of jobs but receive relatively low numbers of applications, highlighting the continuing skills gaps in those industries.

On the flip side, Engineering, Utilities and Secretarial, PAs, Administration received amongst the highest numbers of applications but without the jobs to support those applications.

Average application per job by industry in February 2022

The beleaguered Travel, Leisure, Tourism industry received the lowest average number of applications per job, perhaps a sign that many have side-stepped into another industry. Social Services and Health, Nursing – both industries with historic skills shortages that have intensified over the pandemic – are also suffering from low average applications per job.

Average application per job board in February 2022

Many of the biggest generic job boards achieved similar numbers of average applications, although there has been a reshuffle amongst those receiving the highest from January.