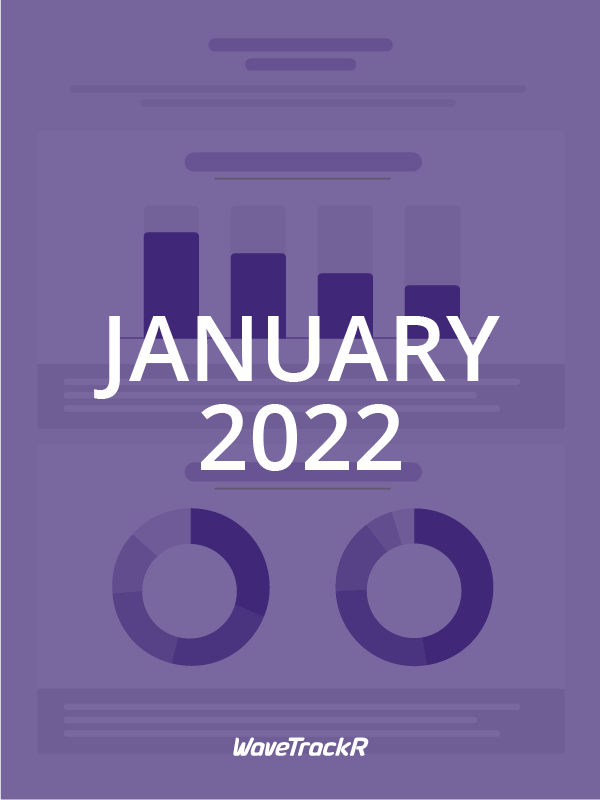 The ‘new year, new job’ trend seems to have come around again with a bang. This is the news that recruiters have wanted to hear for months now, following a real lack of candidate availability.

After a seasonal drop in both jobs and applications in December, both have risen but the headline rise goes to applications – a huge 41% increase from December. The ‘new year, new job’ trend seems to have come around again with a bang. This is the news that recruiters have wanted to hear for months now, following a real lack of candidate availability. With jobs increasing by just 3% and average applications per job at a steady 9, perhaps the gap between jobs and applications is beginning to close.

The vast majority of those applications are coming in on a Monday, yet most jobs are posted on a Friday. That means an entire weekend lies between jobs being published and candidates searching and applying for jobs.

At 22% over the 2021 monthly average, jobs are higher than in December but are at their lowest levels since August. Concurrently, applications are higher than in any month in 2021. At 36% over the 2021 average, only October and November come anywhere close and they only received around half of January’s volume. It’s an incredibly positive start to the year following months of low candidate availability contributing to labour shortages in a large number of industries.

Industries with most jobs and applications in January 2022

IT & Internet continues to dominate when it comes to volume of job posting and is also still receiving healthy numbers of applications.

Manufacturing has entered into the top 5 industries for job posting for the first time, closing the gap between the relatively high numbers of applications the sector has been experiencing and the jobs available – welcome news for Manufacturing candidates and recruiters.

Applications are still high for Secretarial, PAs & Administration jobs (it received the highest numbers of all industries in January) but jobs have dipped.

Average application per job by industry in January 2022

Given the jobs and applications data for Secretarial, PAs & Administration (high applications but decreased jobs), it is perhaps unsurprising that it tops the board for the highest number of average applications per job by industry.

It is encouraging that Transport & Logistics is also in the top 5, receiving an average of 26 applications per job, given the issues it has had with filling vacancies.

Four of the five industries receiving the lowest numbers of average applications are amongst the worst hit by the pandemic and Brexit. Barring Human Resources all have been experiencing labour shortages brought on by a combination of overseas workers returning to the EU, workers entering another industry when theirs was shut, a fallout from burnout from incredibly tough front-line jobs, and historic skills shortages.

Average application per job board in January 2022

By looking at generic and niche job board figures side by side, it’s clear that niche job boards can perform incredibly well if the right job is posted to them.

Catering & Hospitality, on the other hand, received some of the lowest average applications per job and yet Caterer.com supplied an average of 23 applications per job. It’s certainly a convincing argument for utilising niche job boards alongside other media.

The generic job boards facilitated numbers that roughly match the average across all industries and platforms and are therefore a good choice for steady candidate traffic.