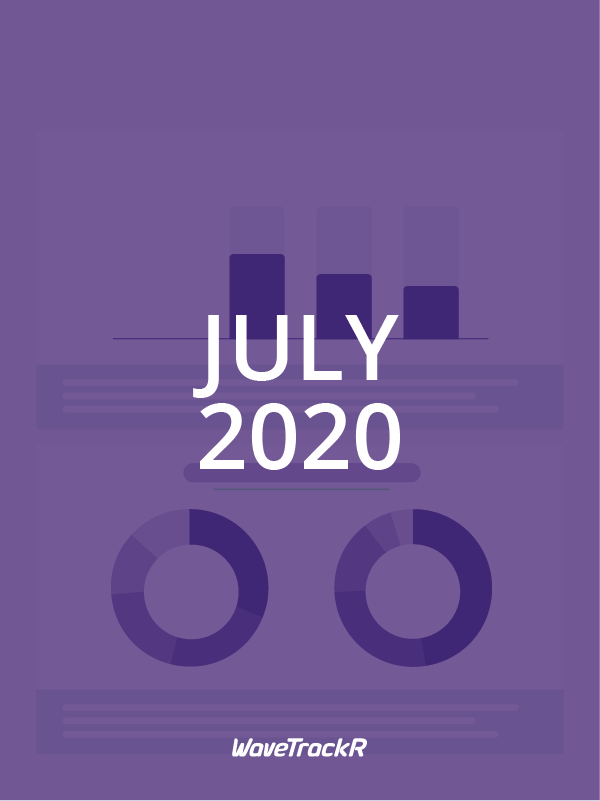 As we can see July off and head into August, job postings increased by 73% above the lockdown average – a remarkable 76% jump from the previous week.

Applications also increased to 77% above the March-June average, continuing the upwards trajectory begun towards the end of June.
With the economy continuing to open up, the jobs market seems to be following suit. Whilst we expect there to be peaks and troughs for a while yet, this increase in jobs and applications is a very positive step forwards on the road to recovery.

Job Posting and Applications by Month

It may still sometimes feel like we’re dragging our feet through mud but that’s when data can help put things into perspective. Our figures reveal that July experienced the highest percentage of job posts since before lockdown began.

We may still be a long way off the job posting figures from the first 3 months of the year but it is heartening to see that activity is increasing and we are back on an upwards trajectory.

Most Popular Industries in July

As seen above, July experienced the highest percentage of jobs posted (compared to the March-June average) since before lockdown hit us all.

We are looking at the most popular industries for both job posts and applications during that month and the results make for interesting viewing.

Property, in particular, has experienced a surge of activity. 22% of all jobs posted were within the property sector and property jobs received 16% of all applications. It’s a great sign that traction has returned to the property market since the lifting of lockdown, with many reassessing lifestyle choices after 8 weeks stuck at home.

IT & Internet is also experiencing a wave of activity, probably due to digital services becoming steadily more important with home working and online shopping having increased massively since the start of the Pandemic. Unsurprisingly, Health & Nursing continues to be an industry in demand, as is Education – two sectors that have been busier than ever over the course of the pandemic.