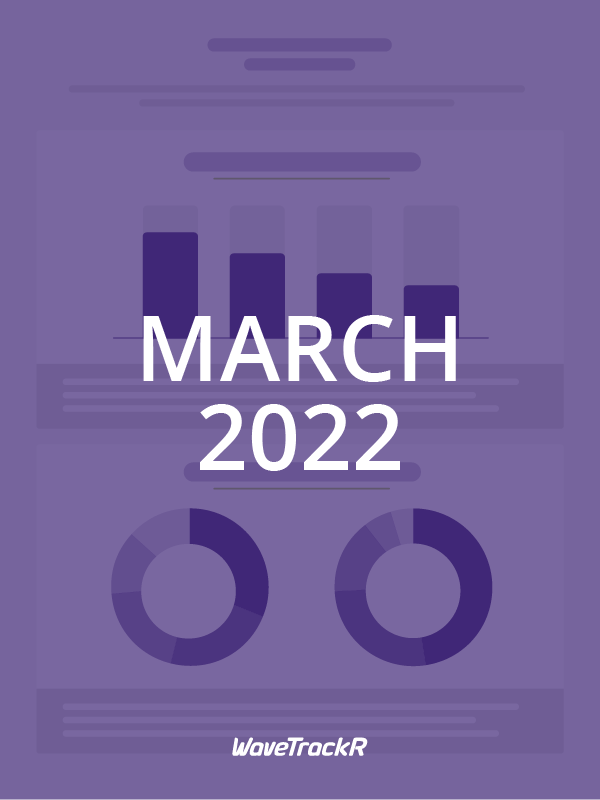 After February’s drops in job and application numbers, it is heartening to see them both rise in March.

At 24%, Tuesday was the day most jobs were posted – a marked difference to the usual end of the week posting activity. As the majority of applications were sent on a Wednesday, this is exactly what we want to see – job posting times correlating with application times, ensuring jobs are fresh in front of candidate eyes at the time they are searching for jobs.

Job activity in March was at its highest levels since November, a really positive sign following a relatively quiet few months. Applications are also back up – at 39% above the 2021 average, applications are the highest they’ve been for well over a year. People seem to be on the move again, perhaps partly in search of better packages against a backdrop of the rapidly rising cost of living.

Industries with most jobs and applications in March 2022

The industries posting the most jobs and those receiving the highest numbers of applications remains unchanged from February. The only notable difference is Secretarial, PAs & Administration attaining a higher percentage of applications, meaning they have now overtaken IT & Internet as the industry receiving the second-highest levels of applications, just behind Manufacturing. However, unlike Manufacturing and IT & Internet, Secretarial, PAs & Administration has not been posting similar levels of jobs. Engineering & Utilities has the same issue, meaning candidates in both industries are competing for a smaller percentage of jobs.

Health & Nursing and Public Sector have the opposite problem – a high number of jobs but a lack of applications. This is a historic, systemic issue that doesn’t look likely to be solved any time soon.

Average application per job by industry in March 2022

At the other end of the scale, Travel, Leisure & Tourism continues to suffer from low average numbers of applications per job – just 2, the same number as February. Health & Nursing received an average of just 1 more application per job than Travel, Leisure & Tourism, also a continuing trend. New to the 5 industries receiving the lowest average numbers of applications per job are Not for profit & Charities and Marketing, Advertising & PR.

Average application per job board in March 2022

Yet again, jobs posted through Secs in the City received the highest average number of applications per job in March – further confirmation that the Secretarial, PAs & Administration sector has far too few jobs for the numbers of candidates searching for opportunities.

Tech job board JobServe received the second-highest, followed by Totaljobs/Jobsite – the first time in recent months that a generic job board has received higher levels of applications per job than many other job boards.

Niche job boards caterer.com and Career Structure, focused on the Catering and Engineering/Construction industries (both experiencing high applications, low jobs) received the next highest numbers of average applications per job. Reed was the 5th highest.