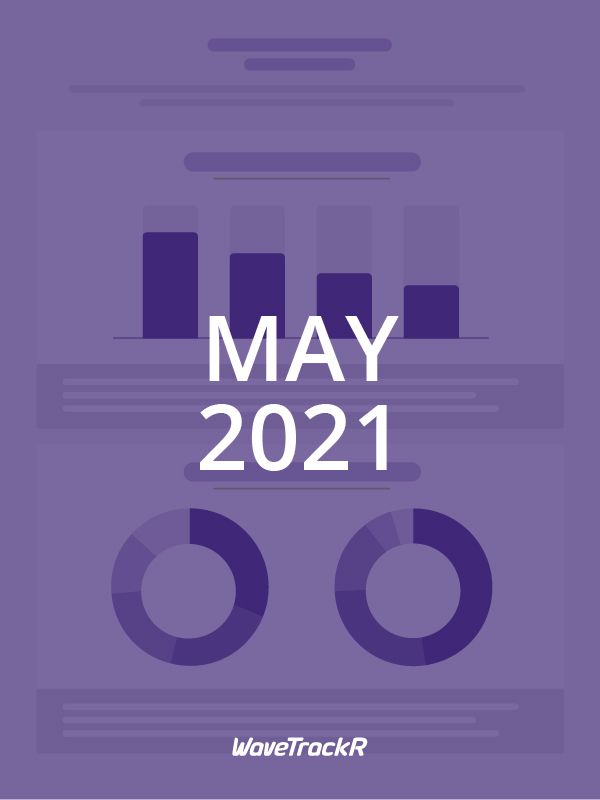 In another indication that the economy might be recovering at a faster rate than previously forecast, WaveTrackR’s May report has revealed that jobs rocketed in May.

With jobs up by 31% and applications having increased by 16% on April, May has been an incredibly strong month for the jobs market. Could this be an indication that the economy is bouncing back quicker than forecast?

Average applications per job decreased by one from April, perhaps because of the boost to job postings.

Friday continues to be the day on which most jobs are posted, whereas most applications are made on a Tuesday.

As the economy continues to reopen, the jobs market is positively booming. Every sector now needs to plug the gaps opened during lockdowns in order to ride the wave of continued economic strengthening.

It hasn’t been a straight upwards trajectory across May for either jobs or applications, though jobs have been steadier.

Applications have had a rather more tumultuous journey across May, dipping from +115% at the start of the month to +86% mid-month, rising steeply to +113% in the penultimate week and then falling to +80% at month end.

Industries with most jobs and applications in May 2021

Public Sector, IT & Internet and Engineering all experienced relatively high levels of job activity in May, both in terms of posting jobs and receiving applications.

Health & Nursing again placed in our top five industries for job posting but without a similarly high level of applications – a clear indicator of a skill shortage.

Manufacturing received a high percentage of applications but didn’t post a correspondingly high number of jobs.

Average application per job by industry in May 2021

Finance received soaring numbers of applications per job in May, reaching an average of 104 applications per job. Are people turning to Finance for job stability? Is the relocation of at least part of hundreds of financial services companies from London to EU cities leading to a lack of jobs to support the workforce?

Banking and Accountancy also once more received a high number of applications per job and Recruitment Sales nearly doubled its number.

Health & Nursing remains the industry to receive the lowest number of applications per job, dropping one from April to just 2.

Oil, Gas & Alternative Energies received just 4 applications per job. Positively, Catering & Hospitality (currently suffering from a skills shortfall) received an average of 2 more applications in May than in April.