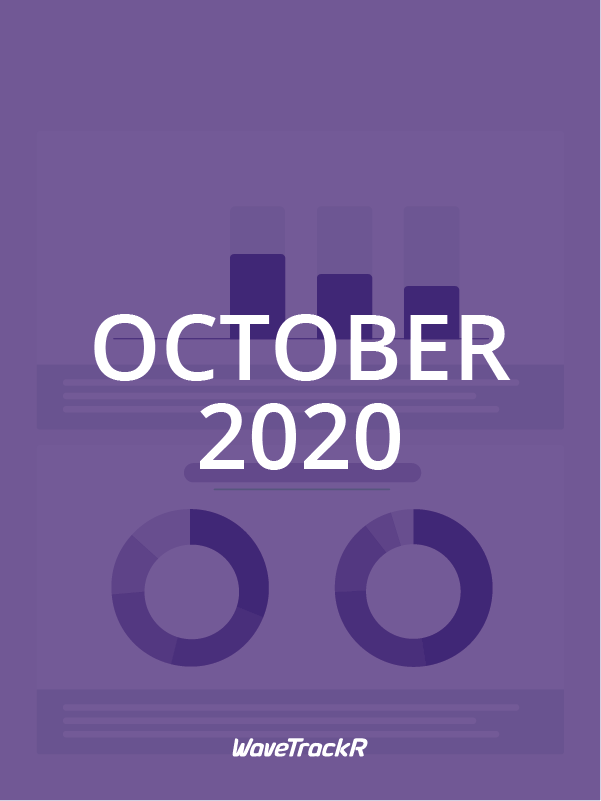 Looking back at the weekly figures for October, it has been a strong month for both jobs and applications. Applications reached a year-high point mid-month when they soared to 175% above the average for January-March but dipped the following week and then again in the final week of the month.

By the end of October, applications had fallen to the lowest levels seen over the month but were still 110% over the January-March average.
Jobs remained higher than the January-March average for the entirety of October, which is a great sign for the jobs market. In the second week of the month, they reached 40% over the pre-lockdown average for the year, indicating a jobs boost. The decrease in applications as the month wore on could well be the results of the increase in jobs from mid-September. Jobs begin to fall from mid-October but, importantly, remain above the average for January-March.

As we prepare to enter another national lockdown, it is encouraging to see that October’s jobs and application figures are the healthiest they have been all year.

Our graph for job posting and applications by month shows clearly that, although applications continued to soar, there was also a definite uptick in jobs in October. Indeed, October was the strongest month of the year to date. It is welcome news that as applications keep rising – 148% over the January-March average this month – jobs too are climbing. They may not be close to application numbers but, at 28% over the January-March average, job posting in October nearly tripled the next highest figures, seen in February.

This means that for the first time this year job activity is higher than pre-lockdown months. Interestingly, this echoes last year’s trend, with October being the most active month of the year for both applications and jobs.

Most Popular Industries in October

Property jobs continue to be highly sought after by candidates, coming in joint top as the most popular industry for applications this month. Property job postings have fallen but still make it into the top five so the sector as a whole seems to be continuing to remain buoyant.

At 17% of all jobs posted, IT & Internet is joint top, reflecting a continuing surge in demand for all things digital in a world where so much has had to go online. There are fewer applications for IT & Internet jobs, indicating that demand is perhaps not quite being met but the sector still makes it into the top five.

Education is another sector with an uptick in demand, coming in at joint highest for both jobs and applications. This is undoubtedly a result of schools and universities returning and currently continuing to remain open.

Public Sector job postings have increased their share from last month but, as with September, application numbers remain lower than jobs, indicating a clear disparity between jobs available and candidates applying for them. The Health & Nursing sector, too, posted a relatively high number of jobs but did not make it into the top five for applications. This would indicate a skills shortage in Health that needs to be addressed, especially given the situation we currently find ourselves in.

There was a high volume of applications for Finance jobs this month but a relatively low number of jobs posted. Somewhat worryingly for recruitment is the entry of Recruitment Sales onto the most popular industries for applications board for the first time since doing these monthly reports, making its absence on the jobs graph highly noticeable. This we will continue to monitor.