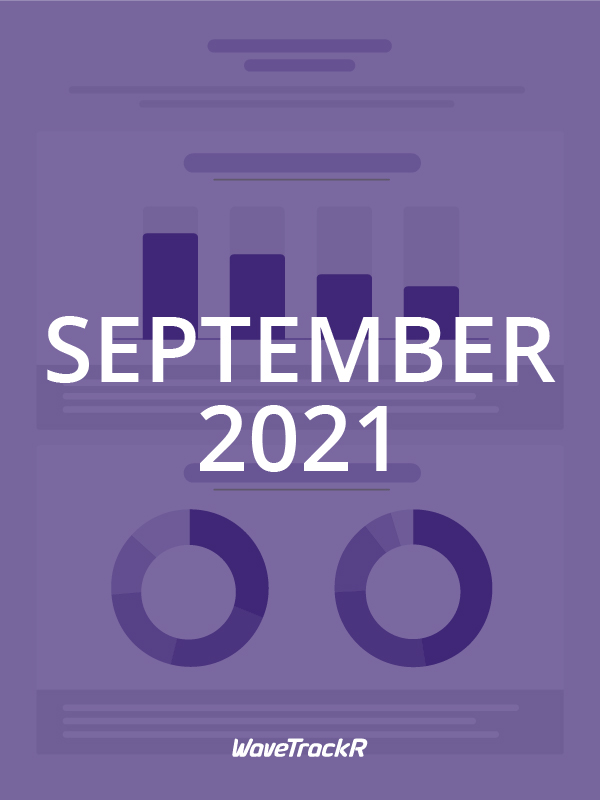 It’s good news for recruiters and employers alike this month as applications have risen for the first time since May. Could the end of the furlough scheme at the close of September have expedited an influx of candidates into the market?

It’s good news for recruiters and employers alike this month as applications have risen for the first time since May.

An increase of 15% will help to fill the high number of jobs on the market, which continued to rise in September. The percentage increase for jobs this month has, however, slowed compared to August.

The average number of applications per job remains at 7 but stems what had in August been a 7 month consecutive drop.

For the second consecutive month, most jobs were posted on a Tuesday but, in a buck to the trend, Thursday was the most active day for candidates to submit applications.

Following three consecutive months of dropping applications coupled with a boom in jobs, applications rose once more in September, reaching 116% over the 2020 monthly average – figures only surpassed by those in March.

It is possible that this rise was partially caused by more candidates entering the market in advance of the end of furlough at the close of September.

Jobs, too, rose again this month, marking the fifth consecutive month of rises. However, the percentage increase was lower than in August.

The weekly figures seem to strengthen the theory that the end of the furlough scheme on September 30th might have had a bearing on the rise of applications.

Although they were gradually rising from the last week of August, the final two weeks of September sees them shoot up. Applications soar from 86% above the 2020 weekly average in mid-September, to 117% in the penultimate week of the month, and then to 140% in its final week.

Jobs, meanwhile, dipped in the first week of September, before rising in the second and then dipping again in the third week. However, the month ended with jobs reaching their highest figures of 2021 at 412% above the 2020 weekly average. The monthly percentage increase waned slightly in September but jobs are still proving to be incredibly strong.

Industries with most jobs and applications in September 2021

The five industries posting the highest numbers of jobs remains unchanged from August but have evened out.

Public Sector posted 21% of all jobs in August but that dipped to 11% in September. It is still posting the second highest numbers of jobs, however, just behind the joint top industries (Education and IT & Internet).

Public Sector didn’t make it into the top 5 for applications, indicating an imbalance between vacancies that need filling and candidates available to fill them.

Health & Nursing continues to experience a talent shortage, with a high number of jobs but a relatively low number of applications and

Manufacturing and Secretarial, PAs & Admin are both experiencing the opposite problem, each receiving high numbers of applications but without the jobs to support them.

The rise in automation and AI (accelerated during the pandemic) is hitting admin roles hard and Manufacturing continues to be dogged by supply chain issues caused by Brexit and the pandemic.

Average application per job by industry in September 2021

Yet again, financial services industries top the charts when it comes to average application per job, with Insurance and Banking taking the top two spots. In an ever-changing world, people crave security, which many believe a financial job offers.

Public Sector jobs fell in August but the industry still made the top 5 for job posting. Clearly there remains a shortage as it joins Health & Nursing – also a historic shortage sector – as receiving an average of just 2 applications per job.

Agriculture, too, received just 2 applications per job on average, highlighting the issues the industry faces following the lack of EU workers normally relied upon.

Interestingly, Accountancy is now receiving a low average number of applications per job when just a few months ago it received the third highest.