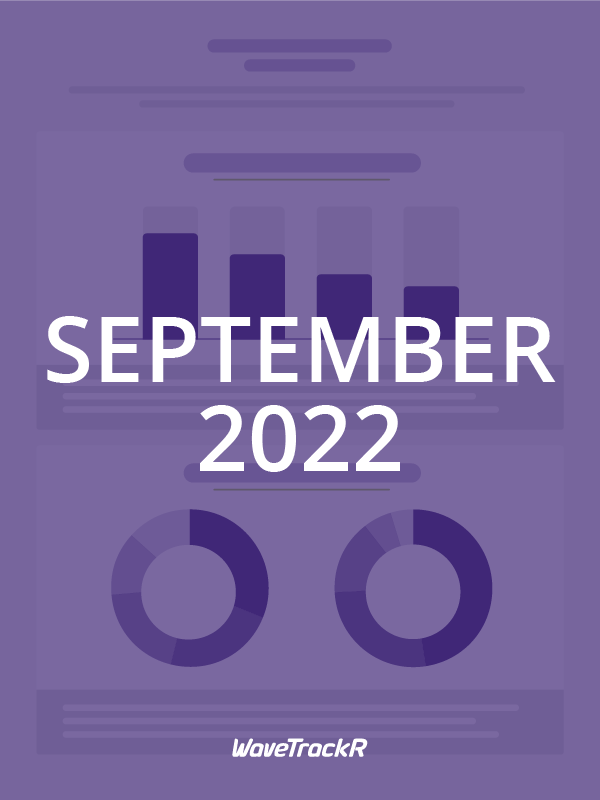 Following several months of plateauing applications, recruiters everywhere will be breathing a sigh of relief that the WaveTrackR September 2022 Recruitment Trends Report shows that they are finally increasing.

Jobs continue to increase, though only by 3% on August compared to August’s 18% increase on July. Applications increased by 8% month-on-month, which will be welcome news following the 0% increase in applications in August.

The average number of applications per job remains unchanged from August at 13.

For the fifth consecutive month, IT & Internet both posted the highest percentage of jobs and received the largest number of applications, proving the industry continues to thrive.

Thursday was the most active day in September – it was the day most jobs were posted as well as being the day the majority of applications were received.

Jobs in September were 6% above the 2021 monthly average. It’s the third month in a row they have risen following plummeting numbers in July. It may only equate to a 3% increase from August but in a market where businesses are treading carefully due to hikes in a multitude of costs, any rise is positive.

Applications rose more significantly. At 35% above the 2021 monthly average and following two months of plateauing figures, applications are on the up again. The past few months have been fairly slow for many industries so heightened candidate activity is extremely positive.

Industries with most jobs and applications in September 2022

Health & Nursing and Public Sector, however, continue to post a high percentage of jobs but without the application numbers to fill those vacancies.

Engineering and Secretarial, PAs & Admin both experienced the opposite challenge, receiving a high number of applications but not making it into the top 5 for jobs.

Four of the five industries on the other end of the scale are unchanged from August – Health & Nursing, Not for Profit & Charities, Public Sector and Education all received an average of less than 6 applications per job. Catering & Hospitality, which has faced severe skills shortages since the pandemic, received an average of 7 applications per job – 6 under the average for all industries.